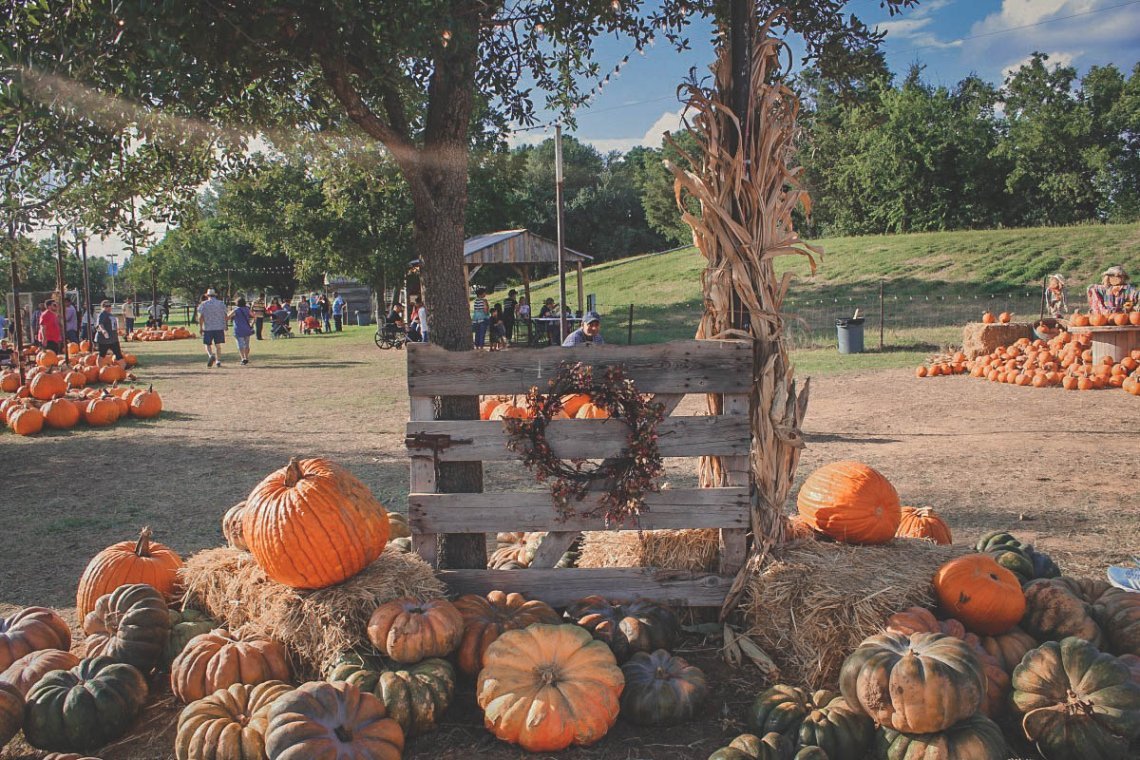 “Of course, they like you. Don’t be silly,” you say, pulling out your phone. You wave your hand, calling me over for a picture.

As if on cue, the black and white speckled llama turns its head slightly in my direction. Then snorts and continues chewing on the hay gripped beneath its oversized teeth.

“See, llamas don’t like me,” I say, pointing my finger towards its hairy tail. The llama, tall and lazy-eyed, ignores my gestures and continues grazing. “Pity. I’m quite fond of them.”

Know Before You Go

Hall’s Pumpkin Farm is a popular Tarrant County local attraction. So when we arrive, friends and family from all over DFW have already spilled in.

While there are other pumpkin patches in the area, Hall’s is a little more Instagrammable. Each straw man, bale of hay, and mesh wooden door is surrounded by a small plot of pumpkins. The result? Dozens of secluded spots where we can snap people-free pictures.

Within seconds of arriving, we notice:

The demographic at Hall’s spans such a wide range of ages and nationalities, for a moment, I forget I’m not at a Thanksgiving party.

Things To Do At Hall’s Pumpkin Farm

Oh, my gourd. I didn’t even know there were this many kinds of pumpkins.

As we wander through the farm, we see:

You’ll never feel the options are limited because there’s an army of jacked pumpkins available for purchase.

At some point during my vegan phase, I broke down and became completely corniverous.

I ate cornmeal, cornbread, corn salsa, corn topped potatoes, and every possible corn dish you can imagine. And by the end of my no-meat craze, I still had no control over my corn addiction.

Okay, that’s the last pun, I promise. I just had to get all those terrible jokes out of my system.

But in all seriousness, the corn maze is one of the first attractions we pass by. At $5 in cash per person, the maze is a tourist trap but oh-so fun (for both kids and adults).

If you excuse me, I’ll get us two hot cups of old fashioned apple cider. Drinks are on me today.

Stroll Through The Shops

As we sip on our drinks, we decide to visit Sassy’s Farmhouse Mercantile, a one-room antique and vintage decor stop.

Read This Post
Things To Do In Terrell, Texas - Where To Eat, Shop, And Stroll

Hall’s Pumpkin Farm is part unofficial petting zoo. More of a lightly fenced area where you can openly interact with the animals, the zoo is home to a donkey, chickens, goat, and llama.

The llama stares straight ahead. Calm. Meditative. As the donkey jumps around, the llama sits still, completely ignoring me.

“Of course, they like you. Don’t be silly,” you say, pulling out your phone. You wave your hand, calling me over for a picture.

A polaroid shot slips out of the camera. It’s a selfie (of sorts). You. Me. And a llama chewing in the background.

“I guess that’s it for pictures,” you say. “Should we leave?”

It’s been an hour. We’ve woven through the attractions and circuited the farm twice. But there’s something egging me to stay a little longer.

I want to us to see the sun sink between the flat land and watch the fairytale lights wrapping the area illuminate a pitch black sky. We’ll have a magical, Cinderella moment, amongst the pumpkins and animals. 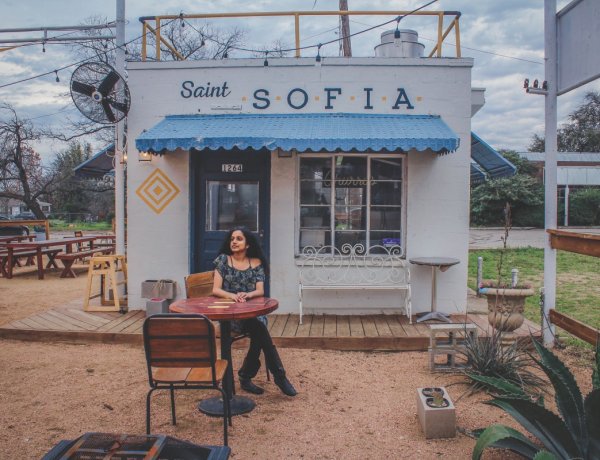 12 Best Places To Eat In Fort Worth 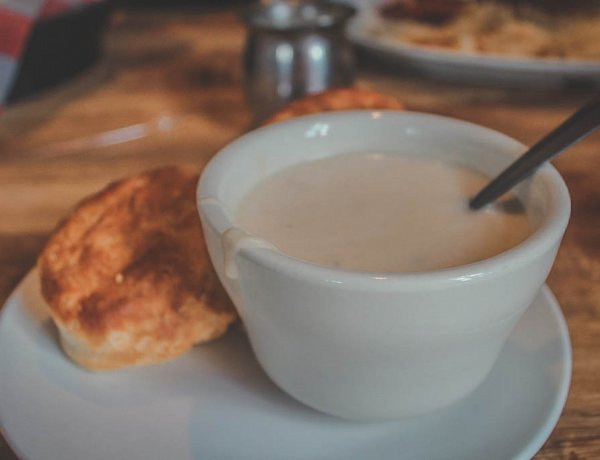 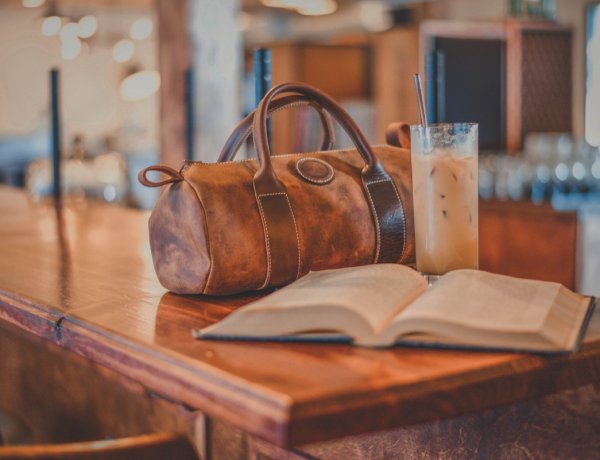