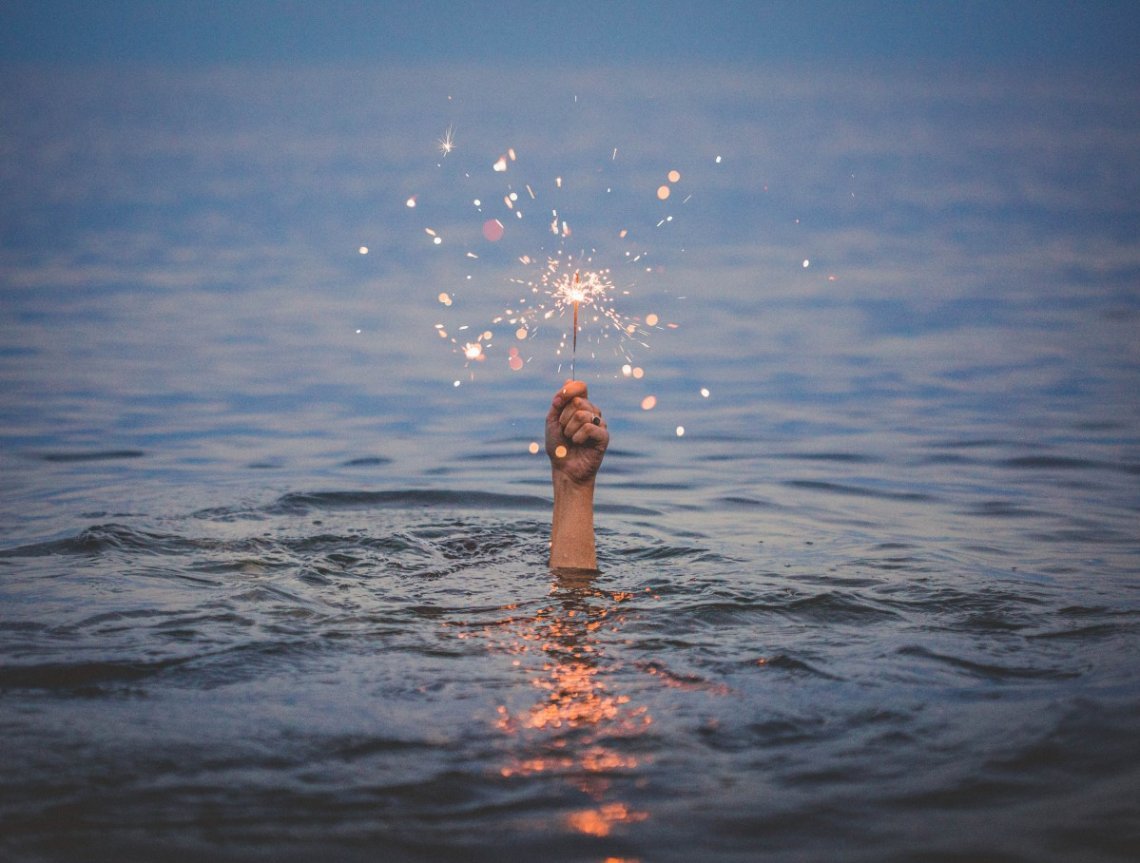 Whenever I’m in staycation mode, I love listening to TED talks about travel. I feel like I’m tuning into an intimate podcast, catching a snippet of information with a raw human element.

To be honest, I’ve never heard a TED talk that hasn’t inspired me in some way.

And TED talks about travel, in particular, are my favorite to listen to because they whack the traditional definition of travel inspiration.

You see, travel inspiration isn’t just about stirring up an emotion that encourages us to visit a new destination. It’s also about reimagining our current perspective of how to travel. Are we traveling in a way that shows us the world or shows us we’re just a part of the world? The first is interesting but the latter humbling. Are we traveling in a way that hurts our world or helps our world? I would love to say that I’m always very environmentally conscious but that’s simply not true.

These TED talks about travel not only shine a light on our similarities but also show us open mindsets we need to push for every day.

Lois Pryce, British author and journalist, strips down travel to its bare form in this heartwarming TED talk. As Pryce narrates her 20,000-mile solo motorcycle trip from Alaska to Tierra del Fuego, Argentia, she slowly reveals the true shade of vulnerable travel. Vulnerable travel is a solid color, not one masked by guards of fear, shame, and ego.

I realized that this excess baggage with my emotional baggage was my fears traveling with me. And when I got rid of it all, I was free. Completely free for the first time ever in my life. – Lois Pryce

Evita Robinson’s TED talk is short and powerful. Robinson’s words flow less like a speech and more like free verse. Her sentences are poignant and impactful, raw and emotional. Robinson touches on what it’s like to be an African American traveler. And I can’t sum up her speech in anything but her own words: “These trips are our moments to set the record straight. We are showing the world that black people do travel everywhere and we aren’t a monolithic people.”

When I was 15, I used to religiously watch Robin Esrock and Julia Dimon on Word Travels. So when I discovered Esrock spoke at TEDxVancouver, I was so excited, I practically fell out of my chair. His speech, in tune to the show, is filled with bright imagery and life lessons. Esrock’s TED talk, punctuated with travel-hungry quotes, is a spoonful of pure motivation.

If I do find myself in a situation, I have some very powerful weapons in my backpack. No, lose the guns. Bring a smile. – Robin Esrock

The Key To Living A Life Of Adventure – Ginger Kern

Ginger Kern reminds me of Captain Marvel. She’s a real-life straight-talking travel superhero. Kern laces his speech with confidence and wit. She speaks with a force, a momentum that drives us to fight our fears. And the key she talks about isn’t something we need to jet set to find. It’s a mindset. It’s a travel mindset that we can have in our own hometown.

Honestly, the best part. I’m never bored because I know that the next interesting person is just a conversation away.  – Ginger Kern

I related to Taiye Selasi’s TED talk on a deeply emotional level. As a third culture kid, I always struggle with the question: where are you from? I was born in India, I grew up in Jamaica, and I live in the United States. For people like me who can’t pinpoint one specific country that shapes our entire identity, the main idea in Selasi’s speech – ask me where I’m local – is a beautiful notion. The expectation goes away and the thought makes me feel more human and less stereotyped. I’m the sum of my experiences instead of the sum of jigsaw pieces that will never fully fit my body.

The Value Of Travel – Rick Steves

Rick Steves is a popular travel writer and television show host. He’s an acclaimed guidebook author and an independent travel advocate. In The Value Of Travel, Steves weaves in timeless lessons about open mindedness. His stories are value-packed, insightful, intriguing, and motivational.

Travel wallops my ethnocentricity. And I’m very thankful for that. – Rick Steves

Aziz Abu Sarah, tourism entrepreneur and public speaker, is dedicated to his life mission: bringing Israelis and Palestinians together. In his TED talk, Sarah discusses how travel helps us connect on a human-to-human level. He dispels myths and media portrayals and encourages travel that embraces multiple perspectives.

I realized also that we have a wall of anger, of hatred, and of ignorance that separates us. – Aziz Abu Sarah

Kristin Weis is the founder of Roskanet, a project designed to support eco-tourism models planted in coastal communities. Smart tourism isn’t a buzz word but rather a mindset shift. Weis lists simple ways for us to reduce our environmental impact. And while I’m guilty of not following all of them, her guidelines are a great start into the path of sustainable travel.

When we travel to new places, we are visitors. And then, we can ask ourselves this question of if I’m the visitor, then who’s the host? – Kristin Weis

Travelling Quickly Is A Waste Of Time – Nick Hunt

Nick Hunt reminds me of a modern-day Thoreau. His manner of speaking, his speech, and his journey are reminiscent of a nomadic Walden. We live in a rushed society, where bustle trumps stillness and Hunt prompts us to slow down. He spills life lessons pulled from his own journey walking (yes, walking) from Holland to Istanbul. And while the idea sounds crazy, the meaning and intention behind the trip make all too much sense.

If you look at life as a process of gathering experience, gathering stories, gathering memories, which is all we are left with in the end, then rushing blindly from one place to another actually doesn’t make a lot of sense. – Nick Hunt

Luis Vargas, CEO of Modern Adventure, examines why we should travel more and buy less. His speech is honest, funny, and downright motivational. I found myself nodding along and rolling onto Skyscanner while watching this TED talk. Warning: you will want to book a plane ticket in the next five minutes.

Did you enjoy this list of TED talks on travel? Do you listen to TED talks? Let me know in the comments below! As always, I love hearing from you. 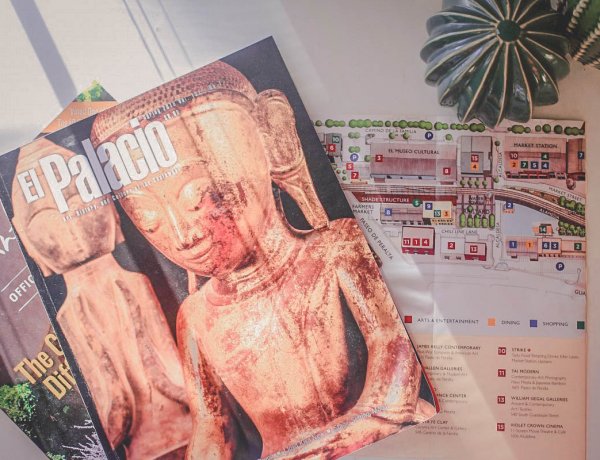 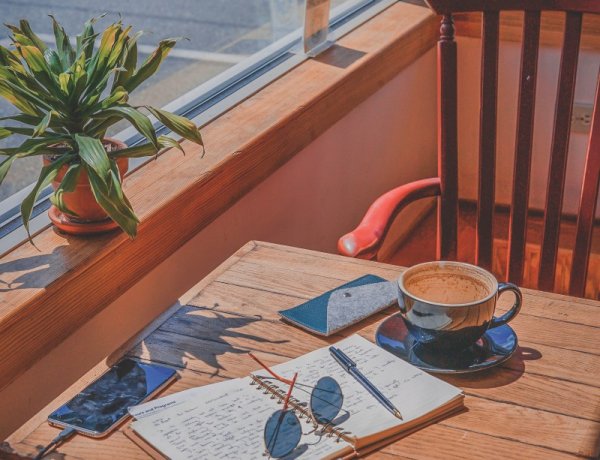 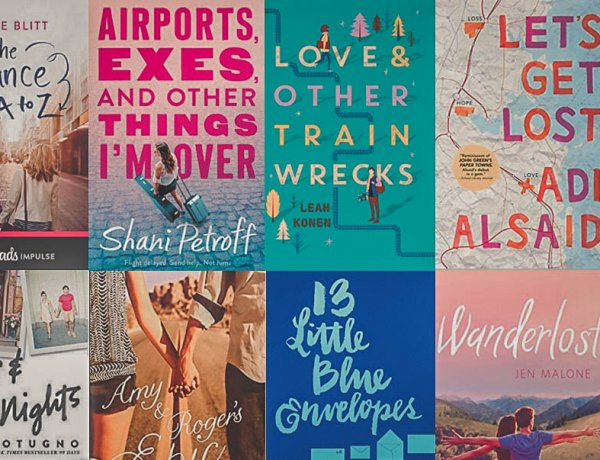 20 YA Travel Books For The Adventurer In You