Top 10 Things To Do In Georgetown DC

D.C. neighborhood guide - where to eat, shop, and stroll

Here’s what to do in Georgetown, DC.

Love lives in cupcakes. When I first take a bite into the thick ice-cream scoop of peanut butter frosting, I’m convinced of this. Like Cinderella, I have found my Prince Charming. Forget all the other light-lit bakeries I’ve ever walked into. This is the real deal.

Five minutes later, I’m at a cotton candy pink cupcakery and the same thought pops into my head fully-formed.

I guess love lives in all Georgetown cupcakes.

Things To Do In Georgetown DC

Georgetown, a cobbled street neighborhood in Washington D.C., shifts with the seasons. In the spring, blooms plump up pastel homes and sun-buttered shops. Summer brings a salty lakefront breeze. Autumn’s arrival is a performance – reds and yellows shimmying down the C & O Canal.

And now, I’m here in the winter when lines for hot drinks stretch past closed doors and upscale indoor boutiques are bustling.

Here are our top 10 things to do in Georgetown DC.

Even amongst the faded buildings and ash roofs, you’ll recognize the Old Stone House. It’s a little more aged, a little more worn.

Built in 1766, the Old Stone House is one of the oldest homes in D.C. It’s history and preservation lies in a story of mistaken identity, George Washington, and two John Suters.

But The Old Stone House is only one of many historic buildings in Georgetown. As you stroll along the tree-shaded promenade and open sidewalks, you’ll pass many more homes with big backstories.

Some houses to keep a lookout for are:

Read This Post
Ultimate Guide To Visiting The Smithsonian Tips

Spend An Afternoon In A Museum

Some of the D.C. area old-homes have since taken up the title of museum.

Bridge Street Books deserves the title of a museum. It’s the oldest independent bookstore in D.C. (dating back to the 1980s).

The stalwart store doesn’t carry many fiction titles (which forced me to go out of my comfort zone and find a book I wasn’t expecting to hit me as much as it did). Under a bright skylight, you’ll find liberal-leaning political memoirs, philosophy bestsellers, and debut poetry.

Then Shop Some More

There are only a handful of Billy Reid stores across the country. It’s a luxury retailer but you’ll want to walk into it nonetheless. The interior resembles a chic antique store.

RTR is an online clothing shop where you can rent designer dresses for a fraction of the cost. But in Georgetown, you’ll find a unicorn-rare brick-and-mortar location.

A cluster of high-end decor shops in the heart of Georgetown’s Design District, Cady’s Alley is a small cobblestone path that feels like an area of its own (not quite DC).

Stroll Along The Waterfront

For the views alone, you’ll want to visit the Georgetown Waterfront. Whilst home to many a seafood restaurant (Tony and Joe’s Seafood Place, Farmers Fishers Bakers), the best way to enjoy the views is to amble along the curve of the lake, taking in the D.C. cityscape peeking above a tree-fronted horizon.

P.S. In the summertime, there’s a free sunset concert series. ?

The best entrance to the waterfront is the metropolitan’s largest ice-rink. Skating season is mid-fall to early-spring (as weather here tends towards cool).

Read This Post
Ultimate Guide To Visiting The Smithsonian Tips

If you’re looking for romantic things to do in Georgetown D.C., sneak in a date night on a Tuesday evening (when admission for two is offered at the price of one).

This former rail-trail now bike-trail stretches from Georgetown to Bethesda, Maryland. On the weekends, the path gets crowded quickly (you’ll want to arrive early in the morning), but after a few minutes in, it’s easy to see why.

Capital Crescent Trail offers some of the best views of the Potomac River. The full trek of eleven miles also passes a few historic sites.

In Georgetown, the C & O Canal is a waterfall-sliced urban esplanade that doubles up as the first mile of a popular National Historical Park.

And the canal is right next to Baked & Wired, which is my favorite cupcakery in D.C.

Baked & Wired is one of three Georgetown area cupcake stops. Georgetown Cupcakes, which earned its fame from the hit TLC show DC Cupcakes, is by far the most popular. You’ll want to stalk their Twitter for the secret flavor of the day (which they dish out for free to the first 100 customers who order it).

Sprinkles is another cupcake-specialized bakery. But locals flock to Baked & Wired, a cheekier store that serves cakecups. Back when I lived near D.C., I made it my mission to try every flavor served at Baked & Wired and I can honestly say none of them disappoint.

My favorite flavors are:

What can I say? Love lives in cupcakes. 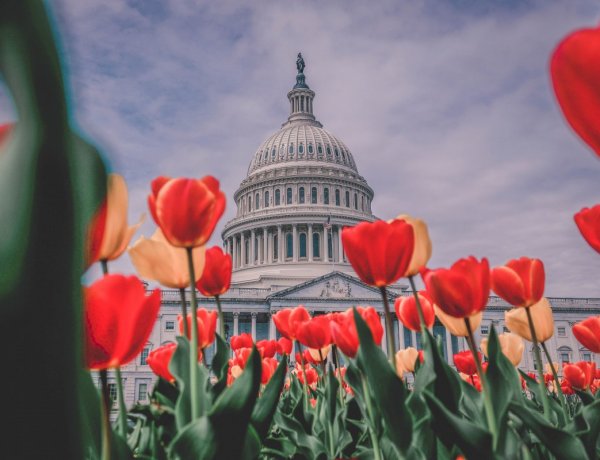 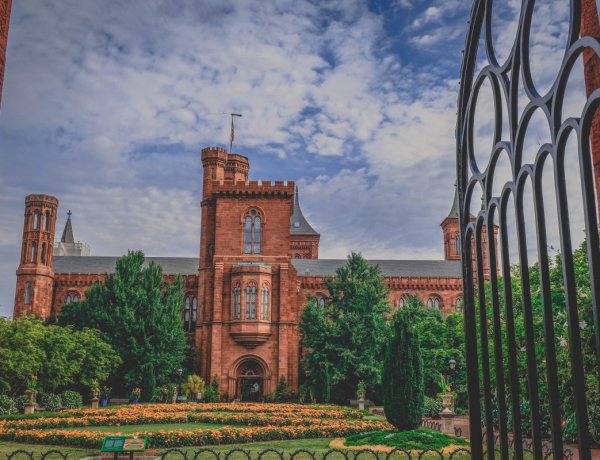