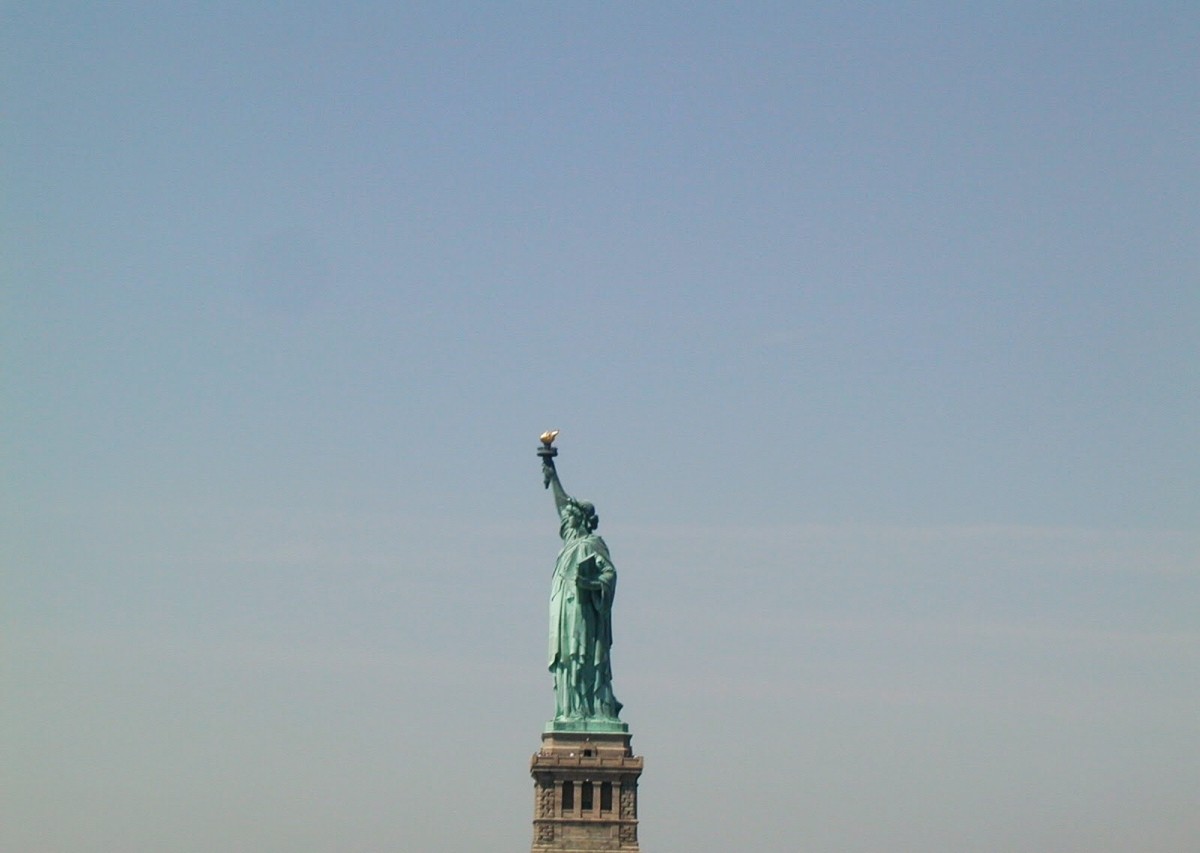 Before I jump into all my best tips for visiting New York City for the first time, I want to share a very personal memory with you.

It’s not a day for walking so I’m skipping. I’m skipping while holding my dad’s hand and singing, in an all-too loud, slightly throaty voice, much to the annoyance of New Yorkers, Come Clean by Hilary Duff.

Let the rain fall down and wake my dreams.

Let it wash away my sanity.

My dad turns a street corner. We walk a bit, until we’re next to a church.

There’s a building beside the church. Tall. Impossibly tall. Yet shorter than the surrounding structures.

My father strides in. I’m still holding his hand.

We take the elevator up to the 21st floor and walk down a brightly-lit hallway. My dad knocks the door.

I can still hear the rain.

‘Cause I wanna feel the thunder

Then I see my mum. I run up to her and wrap her in a hug. She lifts all three and a half feet of me (though if you ask, I’m four feet), places me on her lap, and kisses my forehead.

I was eight-years-old at the time.

And that was my very first New York City visit. My mum got a job on Wall Street so my dad and I would visit her every single week from there on out for ages to come. Every weekend, we would explore the city together.

Unsurprisingly, New York City feels like a second home to me.

So today, I want to do something a little different. I want to shed my broke college student and millennial Instagram-obsessed views of New York City, ditch my usual guide style, and let eight-year-old Anshula tell you all her best tips for visiting New York City for the first time. I hope that’s okay with you.

Let the rain fall down

Ditch The Taxis and Ride The Subway

“Sweetheart, don’t go to close to the edge,” my mum says, ushering me closer to the center of the platform.

The subway platform is long and thin. It seems scary and intimidating at first but the subway is really the best way to travel in and around New York City. It’s also the cheapest.

New York City Can Be Cheap If You Make An Effort

“Mum, dad,” I say, tugging their shirts. “Can we go to the Empire State Building? Please. Pretty, please.”

“Actually, sweetheart. I think today is great day to go to the library.”

My eight-year-old, book-obsessed self was forever excited.

It’s easy to pack your New York City itinerary with a 150 or so tourist attractions: Top of the Rock, Empire State Building, the MET. And at the same time it’s easy to forget about all the free things to do in New York City: Grand Central Station, Central Park, the New York Public Library, Rockefeller Center.

“Where are we going?” I ask my parents and we walk across a giant bridge. Tourists wearing “I HEART NYC” t-shirts flutter around, snapping photos.

Most first time visitors explore just Manhattan. As a former Manhattan resident, I can totally relate and understand the sentiment, but you haven’t “really” explored New York City until you get out of Manhattan.

Each borough is a different flavour:

Shop Til You Drop Anywhere But Fifth Avenue

“Pick anything you’d like,” my dad tells me. “Something trendy.”

I look around the store and pick out a bright, blue High School Musical t-shirt with Gabriella, Troy, Sharpay, and Ryan on the front.

This was at Macy’s in New York City.

I had been to Fifth Avenue before and it was a Blair Waldorf dream. But my eight-year-old self was more interested in FAO Shwarz (now closed) and the World Of Disney Store than the likes of Gucci, Prada, and Armani. Did I mention I was obsessed with High School Musical back then and Macy’s (at the time) had a whole section of merch?

And as much as I still recommend window-shopping at Tiffany & Co. flagship store (just so you can feel like Audrey Hepburn for a day), here are my top shopping tips for first-timers visiting New York:

“And that’s what you get for insisting on wearing flip-flops, love.”

Lesson learned. Wear sneakers. I insisted on being Instagrammable before Instagram existed.

Regardless, I can’t stress how important it is to wear walking shoes, sneakers, or loafers.

You will feel pain if you wear heels.

Unless you are Bryce Dallas Howard in Jurassic World. Then, it doesn’t seem to matter.

Eat Cheap But Not At Chains

I’m kind of craving Chipotle right now. So I do what any eight-year-old would do, I drag my mum to the closest Chipotle.

Chains jack up prices in New York City. What I get near my college for $6.60 (in 2018) was $8.70 at the Chipotle I visited in Manhattan ten years ago (and prices have since gone up). The rotten cherry on the cake was that portions were one-half of what I get at my University (Texas has truly spoiled me).

So skip the chains and try some unique local food. Restaurants are expensive but food carts are awesome and cheap. My mum and I used to love eating at Halal Guys. They always served enough for the two of us.

If you are looking for big portions of food for cheaper (AKA one item that feeds two), try some of the Asian, Middle-Eastern, or Indian cuisine-based food carts in NYC. Or just grab some tacos. Tacos are always a good idea.

New York Is A Cultural Melting Pot, Make The Most Of It

“Can I help?” I ask as I watch my mum shift through cloth and leather.

“I’m looking for a purse,” she says. “Something that will last. Think you can find one?”

We’re in Chinatown, surrounded by splatter of colour. Chinatown is a rage of madness. The smell of fresh fish and meat wafts through the air. Kitschy souvenirs hang from every inch of storefronts. The place is shabby, slightly grittier, and dirtier than the rest of New York. Cultural exposure? Yes. Faded cultural exposure? Absolutely.

But I still remember Chinatown as the place where my mum found a purse that lasted her ten years. Most people discard Chinatown products as cheap in quality and price. But you can find gems anywhere.

Other Cultural Places You Need To Visit On Your First New York City Trip:

“There’s Trinity Church,” my dad says, pointing out the window to a beautiful building. “Do you remember what movie that was in?”

Stick with one. You’ll thank me later.

Eight-year-old me was excited at the prospect of seeing the 600th floor on the Empire State Building and finding a treasure buried under Trinity Church.

Millennial me has listed out all the spots from the following TV shows that she needs to cover (I’ve been covering them slowly and I will eventually get to them all):

My dad and I are sitting at a table along a cobbled street.

“What do you want to order?” he asks.

I look up and down the menu. “Crab cakes,” I suggest sheepishly. I know, I know. This is New York City. When you think of New York City, you think of cupcakes, doughnuts, freakshakes, and street food. Not crab cakes.

To this day, the crab cakes I had on Stone Street were the best I’ve ever had. Yet, the name of the place escapes me.

One of my last tips for first-timers visiting New York is explore streets not buildings. I knew that when I first visited New York City, I had a checklist of landmarks and buildings. But taking the time to relax, loosen up my itinerary, and follow along streets made me fall even harder in love with the crazy mess that is New York.

Streets You Need To Explore:

READ
Things To Do In Skaneateles: The Most Relaxing Town In Central New York

So walk through New York City, explore till your heart is satisfied (or your feet get too tired), and enjoy your trip. I still remember how much I enjoyed my first visit to New York City (and I enjoyed my 30th trip just as much).

On each visit, I never failed to discover something extraordinary. I guess that’s what makes the New York City experience constantly…well, new.

Did you enjoy these tips for visiting New York City for the first time? Are there any tips that you would like to add? Let me know in the comments below! I love hearing from you! 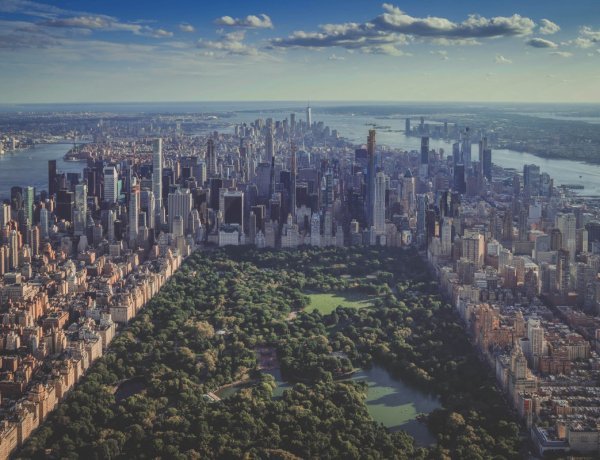 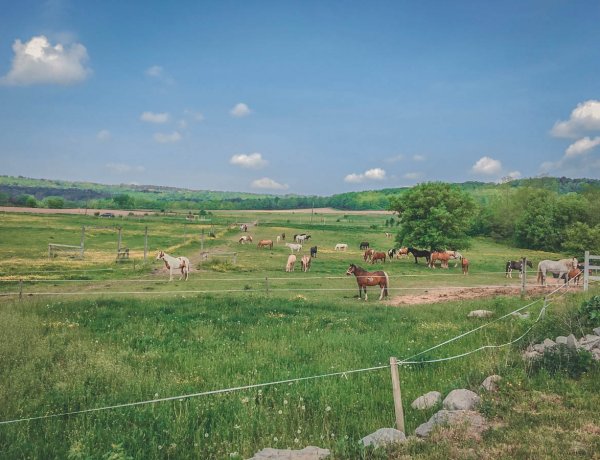 Best Small Towns In New York That You Need To Visit